The year 2022 will see the Southeast Asian EV charging markets moving to the hypergrowth phase as political decisions, regulations, and incentives drive the new EV sales and charging infrastructure roll-out in the region. Australia, Singapore and Thailand are leading the growth.

“Still today, the Southeast Asian markets lag on average three years behind the European, but the gap can be closed quickly thanks to the matured availability of smart charging technologies and the wave of new EV models introduced to the markets,” says Mr Elias Pöyry, who is responsible for the new market expansions at Virta Ltd. His assessment is based on the perspective gained in his position as the chairman of EURELECTRIC’s electromobility working group representing the European energy industry in electric transportation matters.

During this decade majority of the region’s population will move to the higher consuming classes and can afford an electric vehicle. Also, on consumer purchase indicators, Southeast Asia is quickly catching up with Europe, where the plug-in vehicle share of new car registrations has already reached 40% in many countries. Currently, 30% of consumers in Thailand and 19% in Singapore prefer a fully electric or plug-in hybrid car as their next car (Deloitte 2022 Global Automotive Consumer Study, March 2022). According to even the most conservative estimates, this development will result in at least one million EVs on the road by 2025 and well over five million by 2030 in Australia, Indonesia, Malaysia, Singapore and Thailand alone.

This forecasted EV sales hypergrowth calls for rapid and extensive investments in public and private charging infrastructure. For example, the Australian Government’s future fuels and vehicles strategy (November 2021) aims to create an environment for 1.7 million electric vehicles on the road by 2030 and provide convenient access to fast charging for up to 81% of the population in partnership with industry. Meanwhile, in Singapore, The Land Transport Authority (LTA) will launch a tender in April to deploy 12,000 charging points across nearly 2,000 HDB carparks.

“We see that strong regional and local players in SEA and Australia have now a unique window of opportunity to establish their market shares before the multinational competition. However, time is of the essence here. Developing the same level of technological maturity from scratch as the multinationals with walled garden solutions will take so long that the early mover advantage is lost,” says Mr Dave Mommen, the Sales Director of Virta Southeast Asia and Australia.

Virta regional sales engineer Mr Roger Chang has over 14 years of experience with start-ups, scale-ups, and most recently in the EV charging point operations in the region before joining Virta. According to Mr Chang, “The Virta platform’s mature technology and multi-tenant service model developed in European markets means that capabilities to operate and monetise smart EV charging services locally and cross-border can be set up within weeks instead of months.”

Of the many technological advantages of the Virta platform, Mr Mommen and Mr Chang highlight the topical relevancy of data security and smart energy management features. The latter enables step-by-step optimisation of installation and grid-connection costs on the individual property level and makes it possible to take advantage of the local solar power resources.

On a local and national level, Virta energy management technologies ensure that the chargers are connected to the local grid, considering the grid limitations and hence securing electricity network stability. Virta patented bi-directional Vehicle-to-Grid technologies also give access to the future energy flexibility markets and new revenue streams for companies.

Virta has operated in the world’s fastest-growing EV markets of Europe since 2015 and is present in more than 30 countries globally, enabling EV charging services of over one thousand charging networks operating over 50 000 charging points on the Virta Platform. Through roaming, the Virta network offers its over 500 000 monthly active EV drivers access to EV charging through over 250 000 charging points in over 50 countries.

Virta is one of the biggest and fastest-growing market players in Europe. As an indication of the growth, Virta was ranked for the third consecutive year in Financial Times FT1000 Fastest Growing Companies in Europe 2022 list.

Thousands of companies running on the Virta platform, and the ISO 27001 and SOC 2 certificates guarantee high quality, which means charging business operators can focus on their core businesses without the need of worrying about the reliability, maintenance or scaling issues.

Virta has over 19 patent families, including trailblazing bi-directional charging technologies, and is the forerunner also in technological development measured by patents relative to investments in the company. 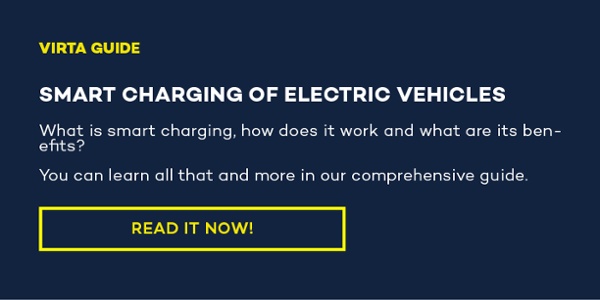