Beyond EV batteries – How V2G could help during a crisis

Storing energy plays an important role in building a more sustainable energy system. EVs can play a surprising role in safeguarding our societies during unexpected crises by powering up necessary systems when other means are down.

“If you wanted to store enough electricity to run everything in your house for a week, you would need a huge battery—and it would triple your electric bill.”

Being able to save energy at scale has been a topic of interest for both politicians, environmentalists and investors alike, as demonstrated by the above quote from Bill Gates’ blog, "It is surprisingly hard to store energy."

Although lithium-ion batteries are getting cheaper and better – which, according to Deloitte is mainly due to the expansion of electric vehicle markets and related manufacturing economies of scale – manufacturing them for the sole purpose of energy storage is still a faraway dream.

Designing a dedicated and immense battery like this would not only be costly, but an inefficient use of resources. These batteries would likely stay unused for a majority of the time. Imagine, on the other hand, if there was already something that was equipped with a battery and could be doubled as an energy source.

When the power is down, EVs can power necessary systems

EVs are essentially giant batteries on wheels, and they make it possible for energy to be stored and used at a later time. With more EVs (and thus more batteries) on the road, our energy system becomes more resilient and can sustain shocks better.

Michael Jost, chief strategist at Volkswagen, estimates that, “Between 2025-2030, we will have 1 terawatt hours worth of energy storage at our disposal through our electric car fleet. That’s more energy than is currently generated by all the hydroelectric power stations in the world. We can guarantee that energy will be used and stored and this will be a new area of business.”

In disasters, electricity is often one of the first utilities to be restored, with an average of 24 hours. While waiting for the power to be restored, necessary systems can be powered up from the car battery.

For example, in a video on the the power of EVs during a disaster, Nissan has counted that their EV model e-NV200 could power up a...

EVs can also be used to transport power to areas where electricity is yet to be restored.

Everybody benefits with V2G technology

How exactly can energy inside a car’s battery be made use of? The answer lies in V2G technology.

V2G technology makes it possible for energy to be pushed back into the grid. The benefits of doing so include enhancing the efficiency of the system during peak load time and increasing the stability of the grid. EV drivers will also benefit from lower charging fees.

Vehicle-to-grid (V2G) charging is an important building block of tomorrow’s smart grid, but also pays off in the unfortunate event of a power outage.

When electricity prices run low, Virta V2G chargers are given a command to charge the EVs plugged into them. When demand is higher (and prices, too), those same EVs can be discharged in order to relieve demand on the market.

At the end of the day, the EV will have a sufficient charge level (minimum 70 % with Virta V2G chargers) to allow for the driver to go about their business with peace of mind.

"One analogy is to think of V2G charging as an EV driver’s personal stock trader, who buys when prices are low and sells when they’re high, although in this case, everybody wins."

In addition to making our societies more shock-proof, EVs and V2G charging play an important role in being able to use more green energy. A larger share of renewables means more volatility in the market, which EVs can help balance out.

An EV's battery can be used to store renewable energy during the day, when production is typically high. In the evening, when consumption peaks, the energy can be discharged to relieve pressure on the market.

With more preliminary technologies, like V1G, charging takes place at times that make most sense. However, once the battery is full, there is no way to optimize usage further.

Virta was one of the first players to bring V2G to the market.

Gates also writes in his blog that, “we need new inventions that improve our ability to store energy cheaply and efficiently. Getting them will make it easier for solar and wind to be a big part of our zero-carbon future.”

“We believe one of those inventions is already in our hands,” states Palola.

If you’d like to learn more about V2G, check out our guide on V2G to learn everything there is to know about the technology, along with its business potential. 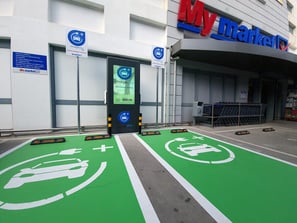 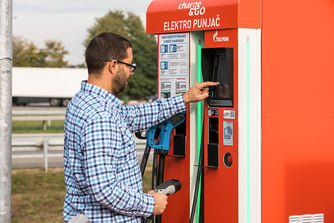 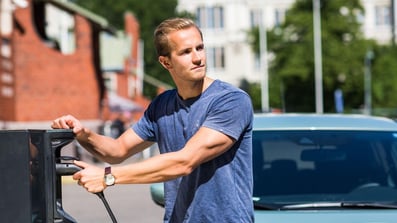