E-mobility is moving fast, and Finland is at the forefront 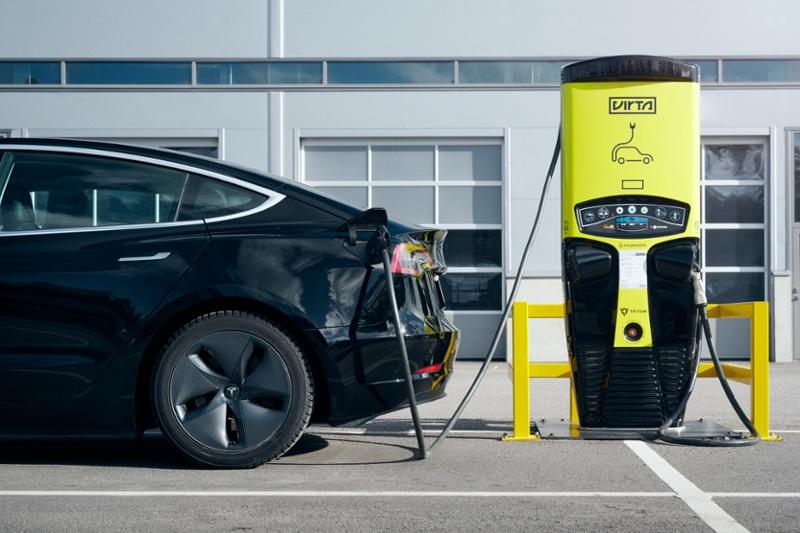 In a few years, Finnish Virta has become one of the leading European EV charging companies. Already one in six vehicles registered in Europe is a plug-in-vehicle (16.1 %). The growth rate is staggering, as in 2019 the market share of plug-in vehicles was only 3.1 %. Leading countries are Norway, Sweden, Iceland, Netherlands and Finland. It is estimated that by 2030, global EV sales will reach 43 million, i.e., 70 % of all vehicles.

"The dominance is shifting from internal combustion engines (ICE) to electric vehicles: Car manufacturers one after another are announcing that they will stop making ICEs. Oil companies are becoming energy providers for mobility with electricity playing in an increasing role,” says Jussi Palola, CEO of electric vehicle charging company Virta.

Through Virta’s charging platform, electricity is charged at a rate that replaces over 70.000 litres of fossil fuels every day. Thanks to the charging platform, between 2019 and 2020, 25 million litres less of fossil fuels have been used. In addition, the CO2-emission have been reduced by 38.6 million kilograms, taking into account the actual emissions from electricity generation in Europe. One litre of fuel emits 2.3 kg of CO2 and European electricity production about 0.27 kg / kWh.

Electric cars are big batteries on wheels. They are the most important new source of flexibility in the energy system. According to the International Energy Agency (IEA), the capacity stored in electric car batteries will exceed 30 TWh by 2040. It is equivalent to four days of electricity consumption across Europe. This flexibility capacity allows to increase the overall share of renewable electricity generation. Flexibility balances variable renewable electricity generation.

“Virta is a leading European company in the energy and transport disruption, and we have a global mission to bring electric cars into people’s daily lives while enabling the increase of renewable electricity,” says Palola.

In a few years, Virta has grown into a global EV charging platform operating in 30 countries. Virta is one of Europe's leading EV charging companies: 231.000, almost 8 % of European EV drivers, use the company's charging platform. In 2020, a generally challenging year, the turnover of charging services registered through the Virta platform more than quadrupled.

“Electric mobility is gaining leadership on different continents: China is leading, Europe is second and the US is third. The next big player is Japan, where we are already cooperating with the country's largest energy company partner,” says Palola.

Virta is one of the few Finnish companies on the FT 1000 list. The prestigious FT 1000 ranking is based on research conducted in collaboration with the Financial Times and Statista and based on data analysis work, discussions and tens of thousands of contacts with companies.

Virta is one of Europe’s fastest growing companies (FT 1000). Our platform enables you to maximize your business profit and gives you fast and cost-efficient channel to launch, operate, and scale an EV charging business. We operate in 30 countries globally and futureproof almost 1.000 professional charging networks. Virta is the 2nd biggest market player in Europe offering over 170.000 charging points in our roaming network. www.virta.global

Link to research & other background materials: