One sled at a time, electric snowmobiles are making nature tourism in Finnish Lapland cleaner. eSled, eco-friendly snowmobile developed at Lapland University of Applied Sciences, can be charged with the same infrastructure as other electric vehicles. eSleds decrease the amount of fumes as well as noise pollution in the arctic nature.

The idea for electric snowmobiles was born from the urge to make snow safaris cleaner for the environment. Together with Arctic Power, tehnology centre for cold climate engineering, the first prototype of eSled was developed in 2008. At first, the central point of the Tekes funded project was to advance the cold tolerance of the vehicle. In 2013 the first electric snowmobile was already in use in a snow safari in Lapland. eSled can be charged just like other electric vehicles. For instance in Sodankylä, Virta charging points are used extensively to charge the sleds used in snow tourism.

Electric charging infra can enable even more benefits for the nature than assumed. In Finnish Lapland, the snowmobiles are used extensively, but emissions and noise pollution cause controversy among the natives. If electric snowmobiles were to replace the regular, loud and polluting internal combustion engine snowmobiles, decreased emissions could be a significant benefit for the environment as well as for the natives enjoying peacefulness of the arctic nature.

Interested in hearing more about EV charging services? Leave a message and we'll get in touch! 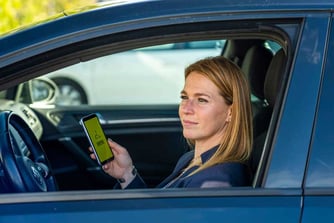