Electric snowmobile technology is a game changer in exploring arctic wilderness as well as bringing new tool to winter leisure business. Matti Autioniemi, the CEO of the leading electric snowmobile company Aurora Powertrains explains why the future of snowmobiles is electric.

When one thinks about electric mobility, an electric passenger car is most likely what we imagine. But the electrification of mobility is a much broader concept. Electric mobility options have expanded rapidly in the past few years. Currently the market offers electric scooters, bicycles, mopeds or electric buses, just to name a few.

The electric mobility market is growing rapidly. The dominance is shifting from internal combustion engines (ICE) to electric vehicles and one car manufacturer after another are announcing stopping the ICE manufacturing altogether. The demand for electric vehicles has also grown exponentially in the past few years. Global EV sales are predicted to reach 43 million by 2030, i.e., 70 % of all vehicles.

Snowmobiles are the next vehicle to explore the power of driving electric. Electric snowmobiles are bringing a whole new experience to exploring the wintery nature. These high-performance vehicles are the perfect way to enjoy the wilderness.

“Our electric snowmobile is the next generation vehicle for exploring the unique nature of the Arctic region,” explains Matti Autioniemi, the Aurora Powertrains CEO.

Aurora Powertrains currently have a fleet of eSled snowmobiles for use in safari tours in Pyhä, Levi and Ylläs in Finland as well as in Svalbard in the Arctic. 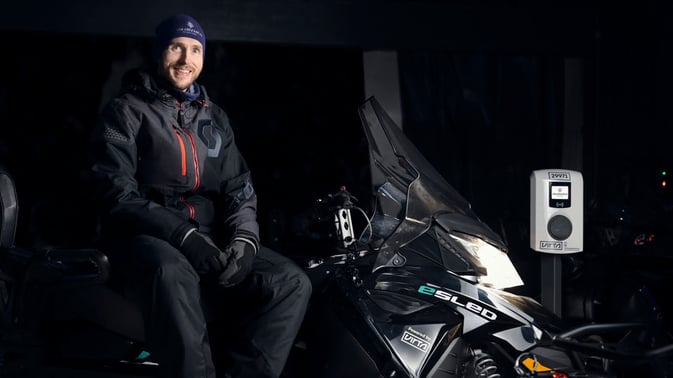 The eSled snowmobile - the perfect choice for multiple reasons

“When we think about the performance, the acceleration is even better than in the combustion engine snowmobiles,” adds Autioniemi.

What makes driving the eSled snowmobile a one-of-a-kind experience is that they are generating much less noise than its internal combustion engine counterparts.

The eSled is not completely silent from the driver perspective due to its belt, however, the engine itself does not generate noise, which allows the driver to take in the sounds of nature around them. And what is even more important: It is silent to the outside in its surroundings.
“Customers can enjoy the nature more. When they stop, they can instantly hear the silence, so to say,” says Autioniemi.

The eSled electric snowmobiles can be easily stored outside even in freezing temperatures, thanks to a thermomanagement system, which allows the batteries to preheat when plugged into a charger.

“That is the way we cope with the cold environment,” says Autioniemi.

It is enough to plug the snowmobile in just a couple hours before going for a ride, to let the battery heat up.

Charging made easy thanks to an extensive infrastructure

When planning a trip, you don't have to rely only on gas stations, but the standard EV charging network that is much more dense and more conveniently located than only the gas stations.

“The current charging network provided by Virta is available along some snowmobile trails. You can stop for a coffee or lunch and leave your snowmobile to charge before getting back on the road,” says Autioniemi.

The range of the eSled electric snowmobiles is currently still limited, ranging up to 40 km, suitable for safari operators and ski resorts. Autioniemi reveals that a new commercially available model will be launched later in 2021, which could range up to 80 km, even more.

Aurora Powertrains to scale up exponentially

Autioniemi believes that the eSled snowmobiles will rapidly increase their share of the overall market in the near future. The current biggest markets for snowmobiles are the USA and Canada, and around 120 000 traditional snowmobiles are sold yearly worldwide.

The future of electric snowmobiles is, in fact, bright. Aurora Powertrains is planning to scale up in the next year and double the production volumes of eSled snowmobiles as well as their battery modules. Batteries hold the core competence of the eSled technology. In the current model, the battery capacity is fixed 10kwh, that capacity could range from 6 kwh up to 20 kwh in the new battery modules.

Virta together with Protect Our Winters Finland encourages individuals and businesses to join making the journey towards clean energy and mobility a delightful and exciting experience. 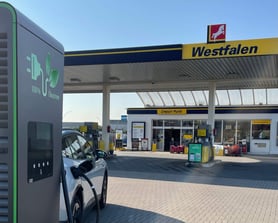 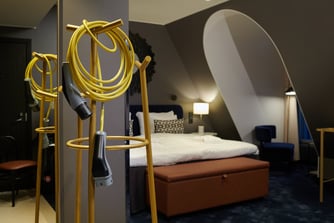