“Virta had no problem shaping their operating model to fit our needs. That was something really important to us because other providers had a ‘take it or leave it’ model. Virta was different.”

Rokkiparkki is a non-profit parking hall in the Jätkäsaari area of Helsinki, Finland. The parking structure is one of three owned by Jätkäsaaren Pysäköinti Oy, which operates under the city and is owned by the residential companies and residents.  In February 2020, Rokkiparkki replaced their regular household (Schuko) chargers with 50 Virta smart chargers in order to address the growing demand for faster and safer charging. 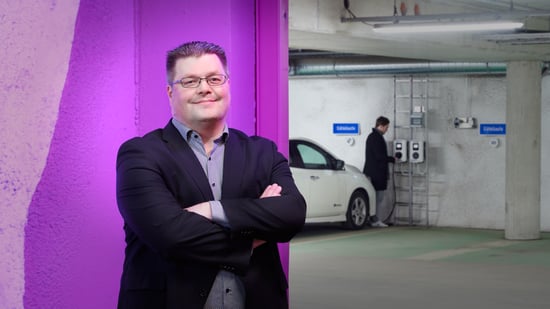 "Today the regulations about ‘temporary charging’ is strictly limited, and in our situation the charging done at Rokkiparkki is not temporary as it is basically peoples’ home garage,” said Pasi Kanerva, Technical Estate Manager. “So we had to up the level of safety and, of course, the level of service."

Rokkiparkki had originally implemented household (Schuko) chargers which were only meant for slow charging and temporary usage. Rokkiparkki needed a way to address their residents’ growing demand for faster charging, while keeping in line with their self-financed model where residents paid for the electricity based on actual costs.

After soliciting bids from several providers, Rokkiparkki decided to go with Virta because of their expertise, customer-centric approach, and smart charging features. The parking hall has now been transformed with 50 smart chargers running on Virta’s cloud-based service, which also monitors the electric energy consumption and bills the EV drivers directly. Jätkäsaaren Pysäköinti Oy also ordered over 100 additional Virta smart chargers for their other two parking halls which are slated to open in the summer of 2020.

Meeting the Demand for Faster Charging, Without Skyrocketing Electricity Bills

Rokkiparkki operates on a cost-based model where the electricity, chargers, and parking maintenance are covered by the residents. They were receiving a lot of negative feedback for the slow speed of schuko charging, and the demand for faster and safer chargers could no longer be ignored. Unlike commercial parking, residents are mostly gone during the day, and charge their cars at night. This meant they needed to have as many EV chargers as EV drivers.

Rokkiparkki had a high proportion of EVs – double the average in Helsinki – so even though EVs could use the slow charge overnight, it simply wasn’t enough. That’s where Virta came in.

Virta Has Helped Rokkiparkki to:

The power on a Schuko charger is 1.8 kW, which means it takes ten hours to charge 18kWh. To give you some context, a Renault Zoe's battery is 52kWh, so it would take an entire day to fully charge. Schuko charging can be done via grounded household sockets but it is extremely slow and very cheap to implement, which is why it is used by many homeowners. They aren’t designed for large infrastructures with high power usage, for long periods of time. This can impose a fire hazard or break the socket.

The Virta ICU Eve Mini chargers that Rokkiparkki went with have a max capacity of 22kW. That means that Renault Zoe can now be charged up in a matter of hours. Virta’s smart chargers also have a feature called dynamic load management (DLM), which ensures that the electricity system will not overload and cars are always charged with the maximum power available. DLM also enabled Rokkiparkki to monitor the entire building’s electricity consumption, as well as the actual energy consumption from specific EV charging events. This was vital in order for them to bill the right people for the electricity used. On top of that, Virta DLM means no physical wiring is needed between devices, so no extra infrastructure or installation costs.

“Virta’s dynamic load management feature is an absolute prerequisite for large parking facilities as it significantly reduces the cost of cabling. That’s why we really needed Virta’s back-end system. It was not only valuable in addressing electrical safety and efficiency issues, but it saved us a ton of money as well.” 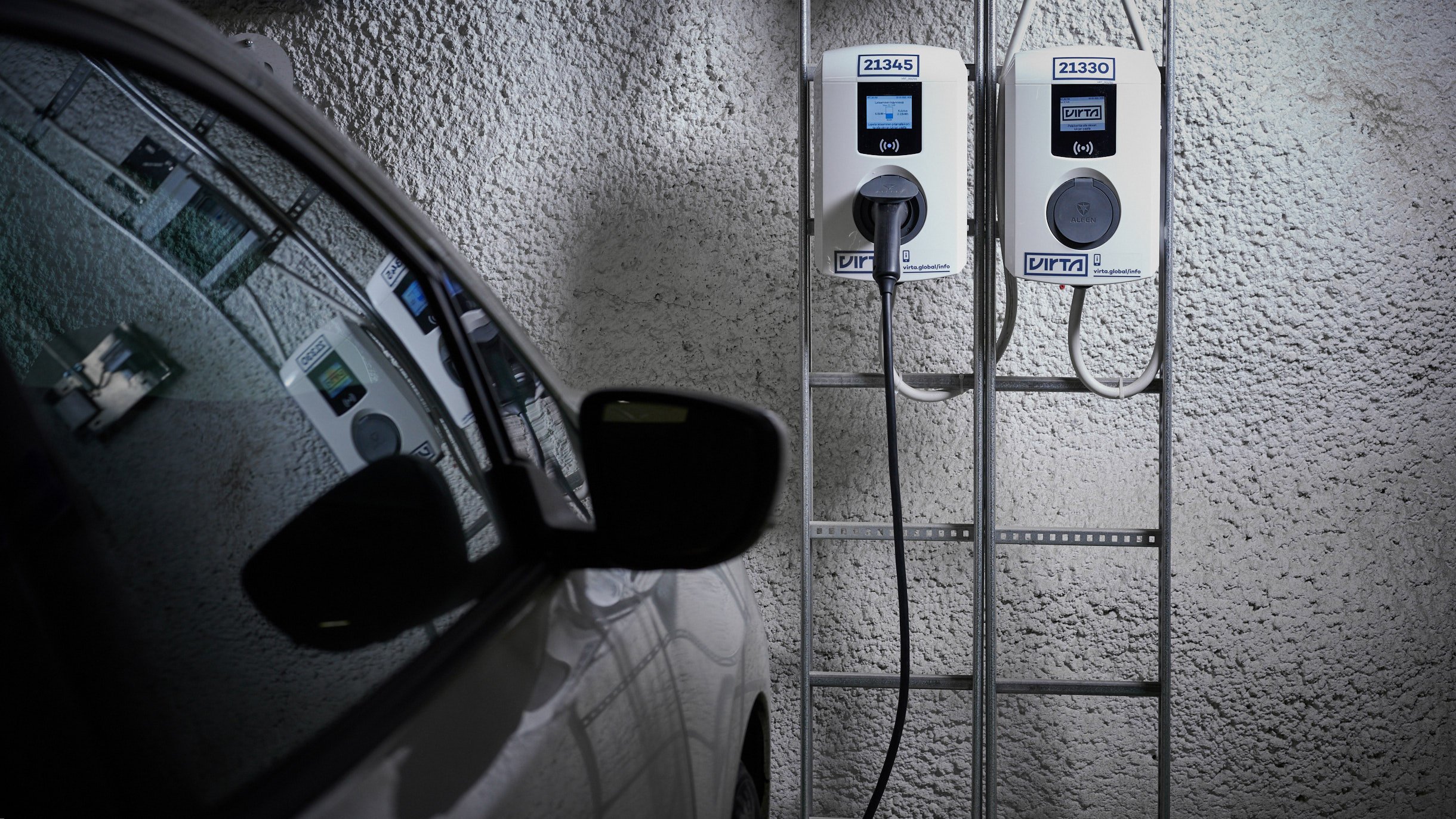 Besides speeding up EV charging, another concern was the electrical infrastructure of the building. Since Virta smart chargers required more electricity, the question was, how many of these new chargers could they fit with the existing infrastructure?

“When designing our electricity, we needed to make sure our investments wouldn’t be wasted when we expand. This was always taken into account in order to minimize the need to renew the work we’ve already done when it’s time for more EV chargers.”

Rokkiparkki ended up ordering 50 Virta chargers. In the future when they need to increase the number of chargers, they will need to make larger investments in the electricity infrastructure. Rokkiparkki will be prepared for this, and the work that has already been done won’t be affected.

While Virta’s smart charging features and cloud-based backend system proved to solve all of Rokkiparkki’s issues, it was Virta’s expertise, customer-centric, and solutions-focused approach that made them an easy choice.

When Rokkiparkki was evaluating different solution providers, they wanted to make sure they chose a partner that was truly an expert in all things EV charging. Even an experienced electrical designer might not know how to properly design an EV charging network. Virta went the extra mile and showed Rokkiparkki how the electric design actually works and trained all of their contractors and electrical designers on how to properly measure the electricity.

“Virta truly listens to the customer. They understand that problems are solved not only through solution-focused thinking, but through proactive conversation about the customers situation and needs. Virta was able to find solutions for questions and problems that we were not even aware of. It has been really smooth working with them.”